Any day I can be outdoors watching the bees is truly marvellous. I could watch my honey bee hives all day long, the comings and goings, bees zipping off in search of pollen and nectar, bees returning with their legs fat with fluffy pollen! But the last few days, they’ve had a rival.

The mason bees have been a wonder! They hatched out as soon as the warm weather started and there is so much frantic activity they need an air traffic controller. At any given time there are up to a dozen fat glossy iridescent mason bees swirling around the bees houses and slipping smoothly into the bamboo chambers. In and out, all day long. Blasting past me, bumping me on the head. And they’re not proprietorial. One bee slips right in where another has left. In and out, in and out!

Their little black bums stick out as they go in head first…or their little fuzzy heads disappear as they back in and then re-emerge a moment later. And they are packing clay into the holes as each one fills up.

I’ve introduced a new bee house, not as symmetrical as the purchased ones. I just made it from bamboo cuttings from the garden. So far there haven’t been any takers but soon the store-bought versions will be full and I’m sure the bees will give them a go. I find myself wandering over the check on them a few times a day….and then wandering over to watch the honey bees. 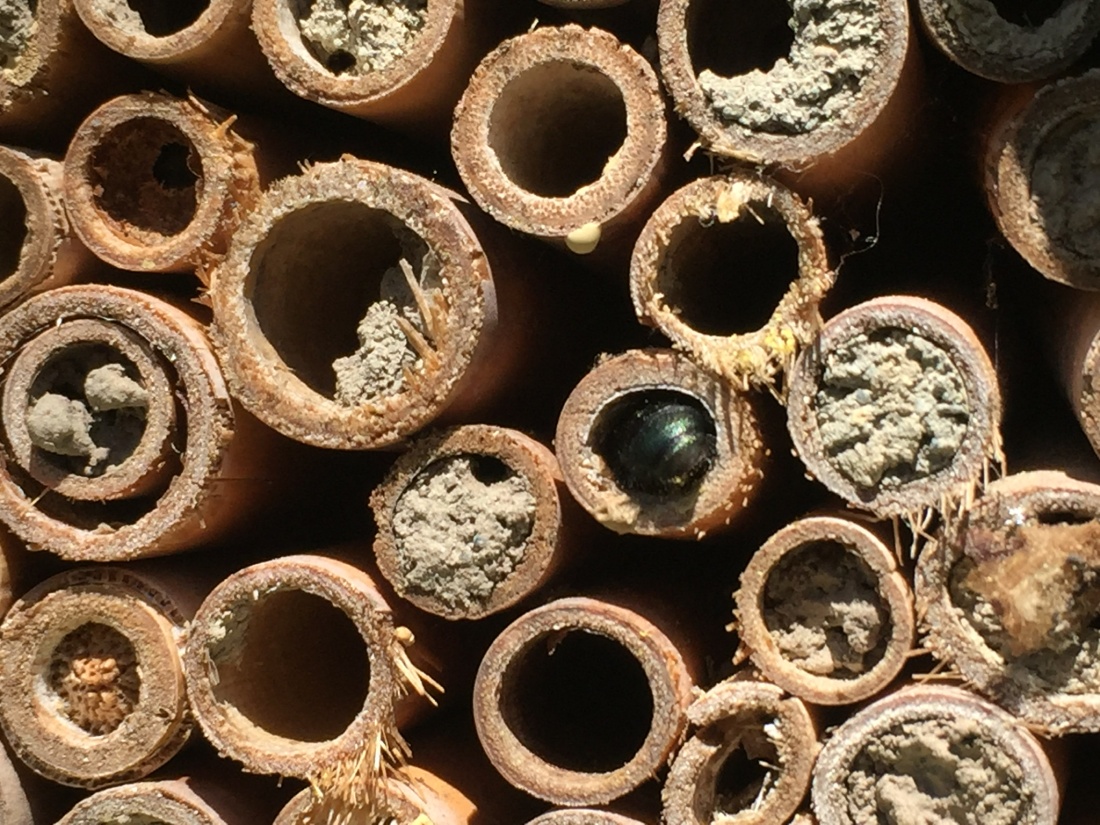 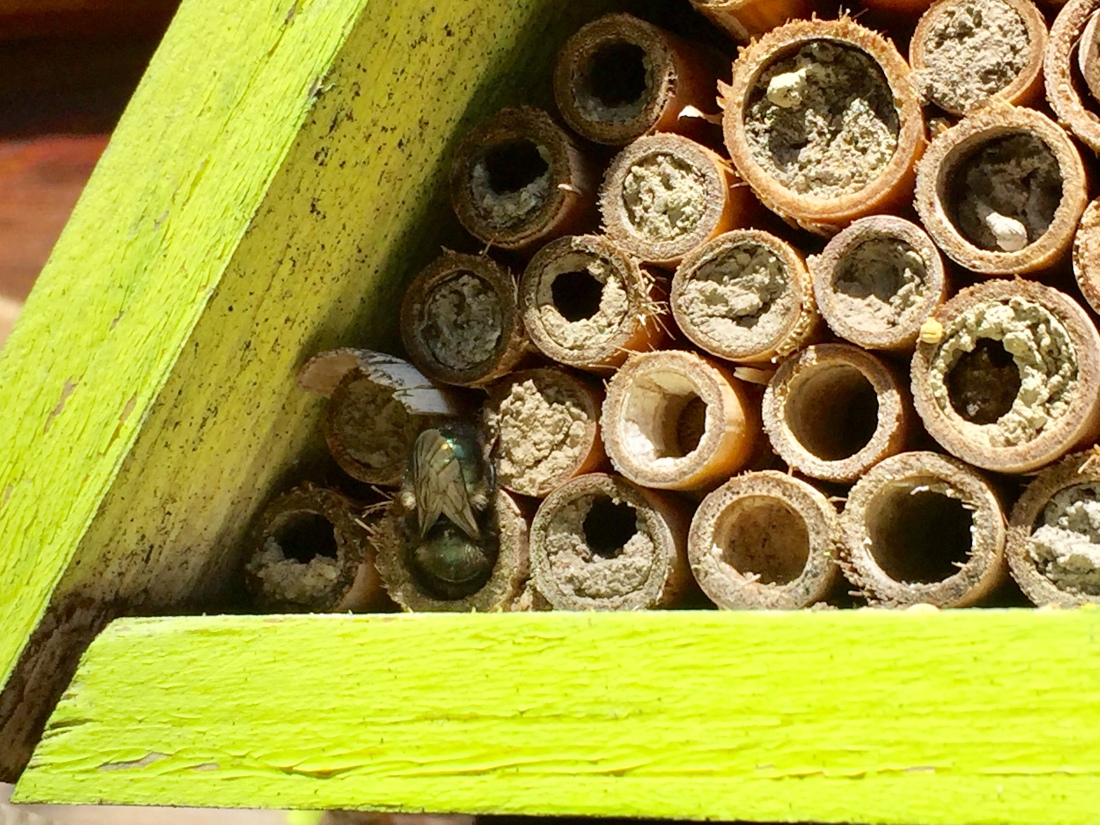 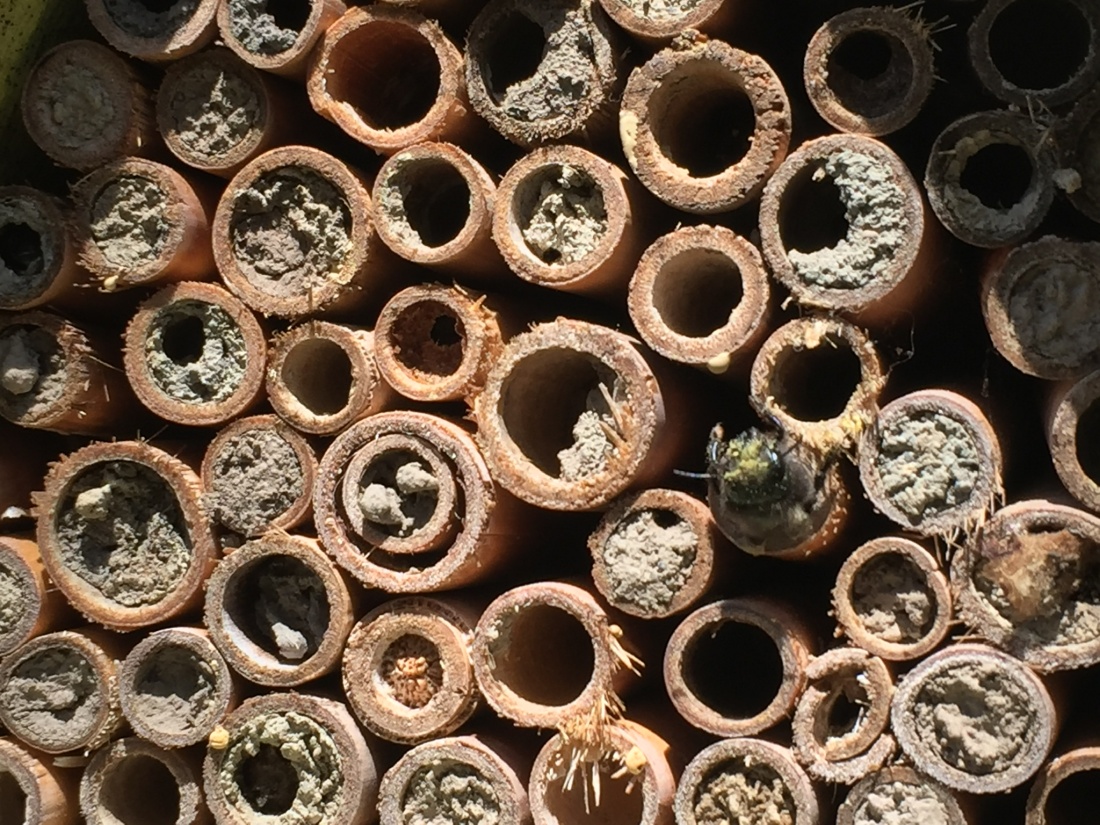 Several mason bees got into the shed the other day and were hopelessly buzzing at the window so I rescued them one by one, on my bee brush, gently lifting them and putting them outside.

We’ve got a lot of bumble bees as well, including a Bombus that is as big as my thumb.

I don’t know how I’ll get anything done this summer with so much going on in the garden. And that doesn’t include all the birds!

I hope I hear from other gardeners and bee keepers about their experiences!